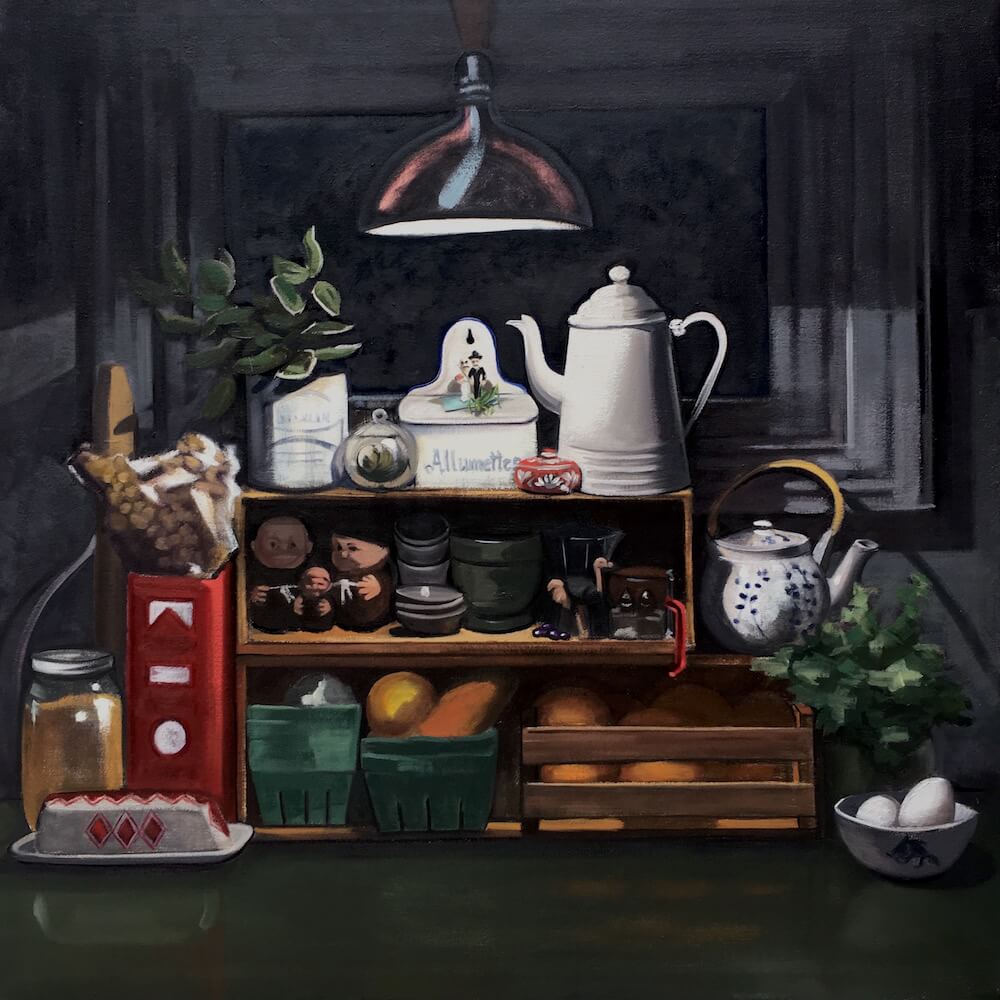 After being in process for quite a long time, finally this painting has made it out into the world.  I finished it in time for the Art in Tompkins County: Then and Now show at State of the Art Gallery and it is on view until the end of February. I titled this piece Ithaca Kitchen (Leap of Faith). It is one of my “domestic landscapes” –as a fellow artist described some of my domestic still-life paintings (like the two below). The idea for Ithaca Kitchen came about shortly after we settled into our now home– the home where we would have our first child. I think that at that time I saw everything in relation to the baby growing inside my belly. The winter of 2015-2016 was the coldest on record. I was drawn to this scene in the kitchen at night, in front of the cold, dark window. We always had plants, fresh herbs, tons of vegetables and bright citrus, eggs from the farmers market…We were celebrating everything that grows here. Life here was a contrast to life in Brooklyn– though maybe mostly in our attitude and circumstance. I liked the way the pendant light (an old studio castoff) illuminated those familiar objects on and around the shelves and created a dark, protected space inside of them. Like all of my other domestic landscape paintings, this one is just a record of the particularities of my life at a given time. And, also like all the others, I find that in making the visual record,  I end up with a record of more of myself. It was apparent very early on in the process that this painting had become, for me, all about my pregnancy. And late in the process it really became official… Right before he leapt.

I started this painting from life as I always do– meaning, with the easel set up in the tiny kitchen. It’s not until after I have done sketches, a color study and transferred both of these onto the canvas that I take will take photos to work from in the studio. When I took the reference photos for this painting a visitor showed up… and made its way into the painting. A grasshopper is sometimes a symbol for a leap of faith. For leaping forward without hesitation or fear. And that seemed apt.